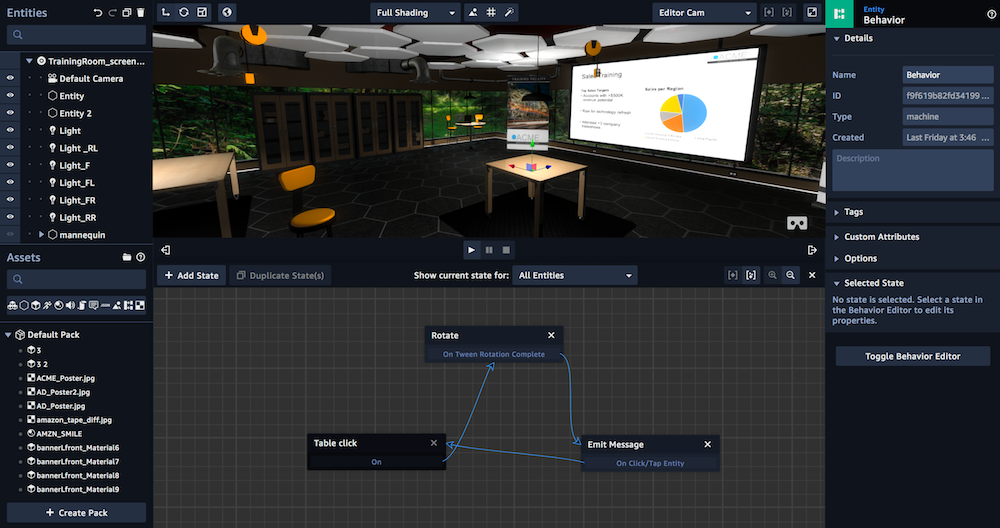 By Valéry Girou28 novembre 2017No Comments

Amazon Sumerian lets you create and run virtual reality (VR), augmented reality (AR), and 3D applications quickly and easily without requiring any specialized programming or 3D graphics expertise. With Sumerian, you can build highly immersive and interactive scenes that run on popular hardware such as Oculus Rift, HTC Vive, and iOS mobile devices (support for Android ARCore coming soon). For example, you can build a virtual classroom that lets you train new employees around the world, or you can build a virtual environment that enables people to tour a building remotely. Sumerian makes it easy to create all the building blocks needed to build highly immersive and interactive 3D experiences including adding objects (e.g. characters, furniture, and landscape), and designing, animating, and scripting environments. Sumerian does not require specialized expertise and you can design scenes directly from your browser. 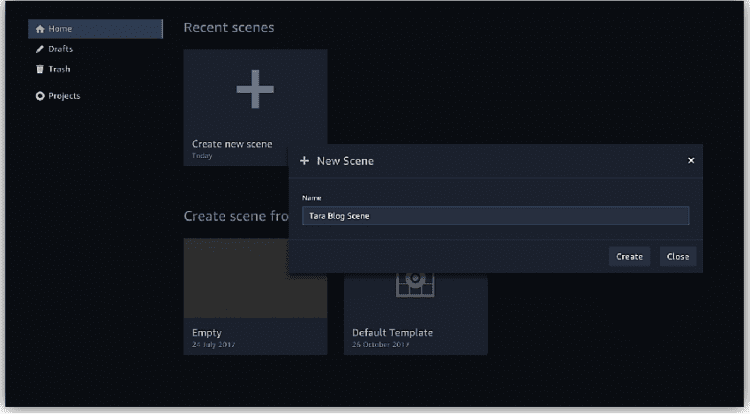 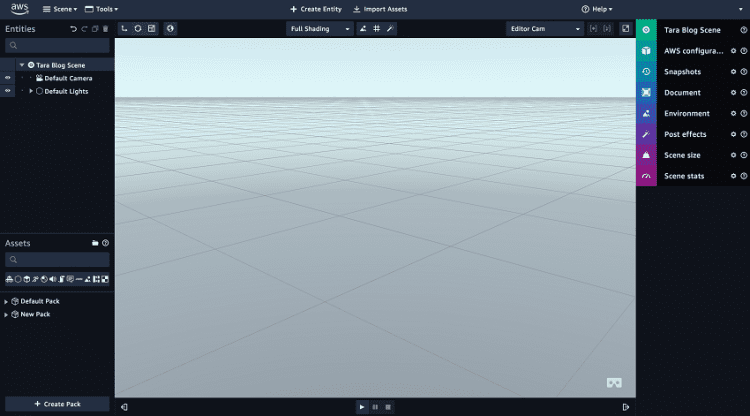 Amazon Sumerian lets anyone create VR/AR applications. You don’t need specialized programming or 3D graphics expertise to get started. You can create, edit, and publish applications with a web browser using the Sumerian editor.

Sumerian makes it easy to design scenes that immerse your users in 3D, lifelike surroundings that are populated with 3D objects and animated characters. You can import 3D objects and select from preloaded scene templates. You can also script the logic that controls how the objects in your scenes behave.

Sumerian allows you to easily create 3D characters, called Hosts, which narrate and guide users through your scenes. You can create lifelike, animated Hosts that speak a variety of languages and can converse with your users.

Sumerian is platform-agnostic, so that once you’re done building your scene, you can easily run it on popular hardware including Oculus Rift, HTC Vive, and mobile devices. Sumerian is based on the WebGL JavaScript API for graphic rendering and WebVR JavaScript API for virtual reality devices. It also supports the ARKit framework for augmented reality on iOS devices. Support for the ARCore platform for augmented reality on Android devices is coming soon. 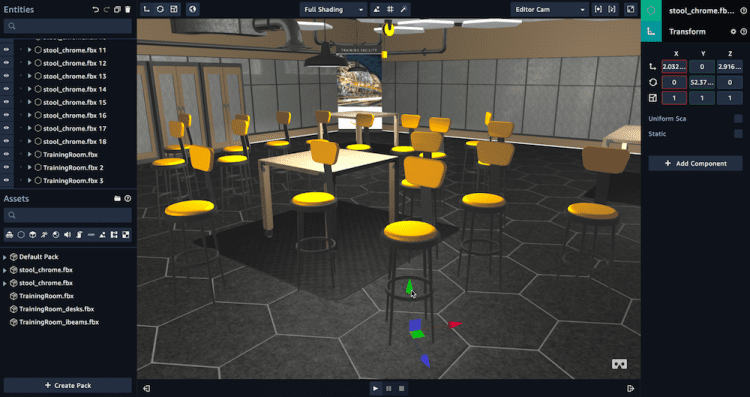 Amazon Sumerian provides tools and resources that allows anyone to create and run augmented reality (AR), virtual reality (VR), and 3D applications with ease.  With Sumerian, you can build multi-platform experiences that run on hardware like the Oculus, HTC Vive, and iOS devices using WebVR compatible browsers and with support for ARCore on Android devices coming soon.

The Amazon Sumerian service enables you to create, build, and run virtual reality (VR), augmented reality (AR), and 3D applications with ease.  You don’t need any 3D graphics or specialized programming knowledge to get started building scenes and immersive experiences.  You can import FBX, OBJ, and Unity projects in Sumerian, as well as upload your own 3D assets for use in your scene. In addition, you can create digital characters to narrate your scene and with these digital assets, you have choices for the character’s appearance, speech and behavior. 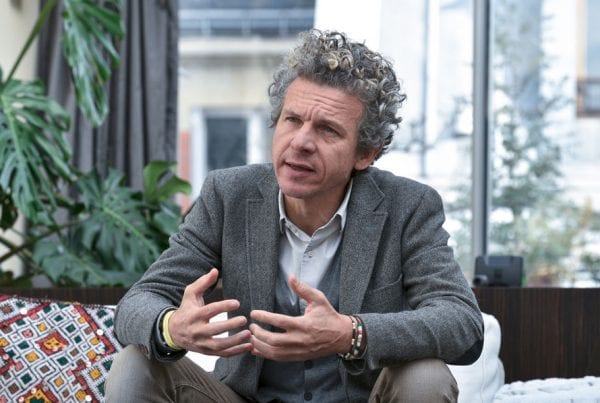