The kiosk now lets you put an issue in the spotlight: the “featured issue” is ideal to introduce readers to a specific issue in your app. You can now define an app title (that will be shown in the title bar) that is different from the app name (shown on the home screen). Next to the issue name and description, you can now also have a tagline (displayed below the name). Twixl also added pull-to-refresh in the kiosk and improved the analytics options, allowing you to use separate Google keys for iOS, Android and a Web Reader version, and adding support for Localytics, a service that allows you to send targeted push messages to readers.

Twixl team has been very active on the Android side too: added support for subscriptions on the Google Play store and finally have native support for PDF files in multi-issue apps.

Enhancements to the interactive capabilities

Once Twixl added native PDF support on the Android platform, they were able to make the switch and start using PDF instead of JPG and PNG files when exporting from InDesign. This makes publications file sizes on average up to 4 times smaller and obviates the need for multiple renditions per device type.

Because of this, Twixl Publisher 4.2 now also supports the iPad Pro and Android hi-res devices as well. At the same time, moving to PDF has improved the image quality, especially for text-based content.

Improvements to the store

We are making kiosk customization easier with a new “featured issue” option, that allows you to highlight a specific issue in your kiosk. Check the screenshot below to get an idea of what this will allow you to do… 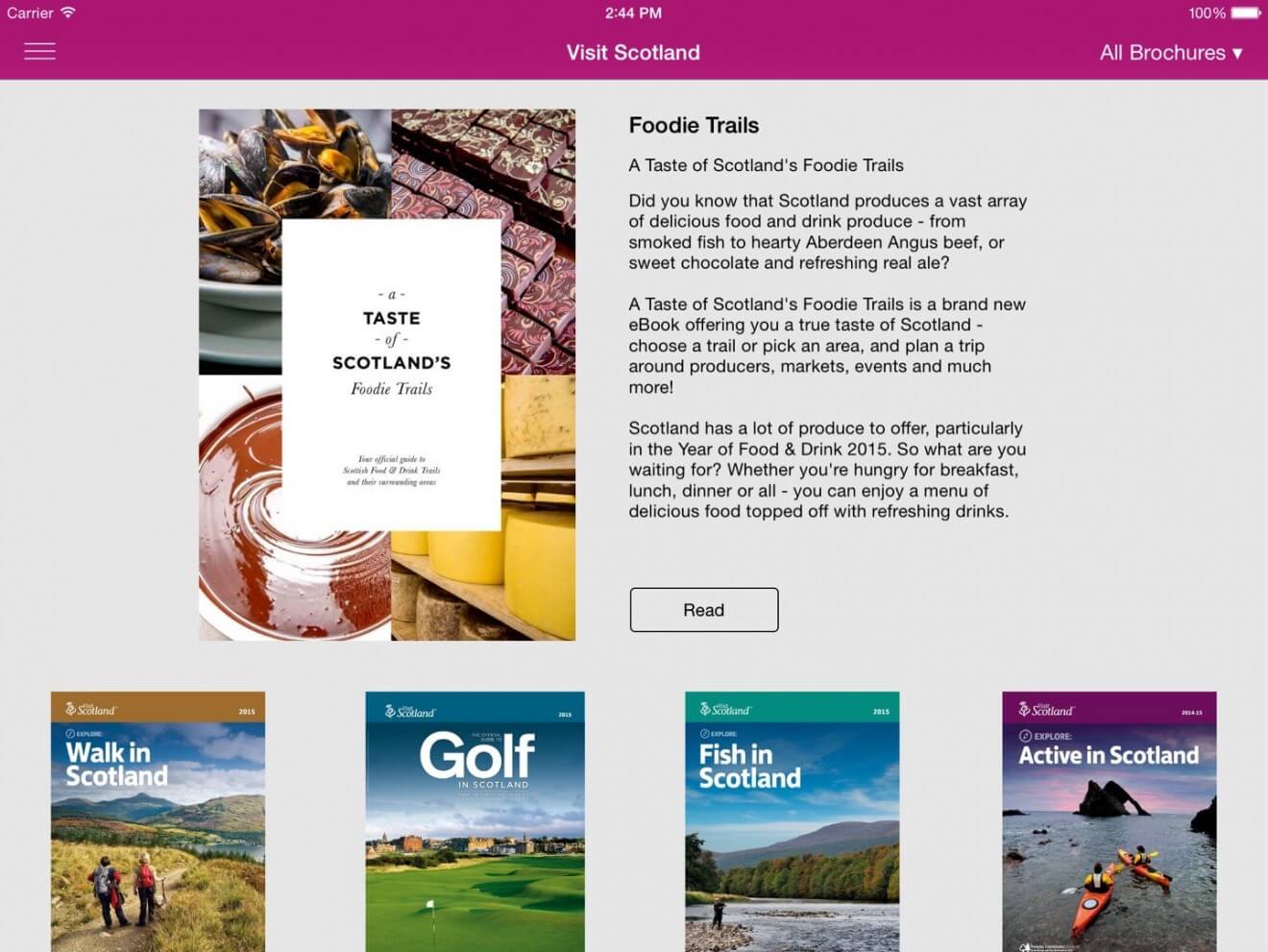 The featured issue will be displayed above the publication overview of your kiosk. It can also be combined with an extra info banner at the top, that makes marketing the content in your kiosk easier.

“Pull to refresh” makes refreshing the contents of the kiosk a breeze, no need to go to the side bar menu.

You can now specify separate Google Analytics keys for iOS, Android and the web reader edition to make analysis easier. We also added support for using the Localytics engine, a service that allows you to send targeted push notifications to (a subset of) your readers. 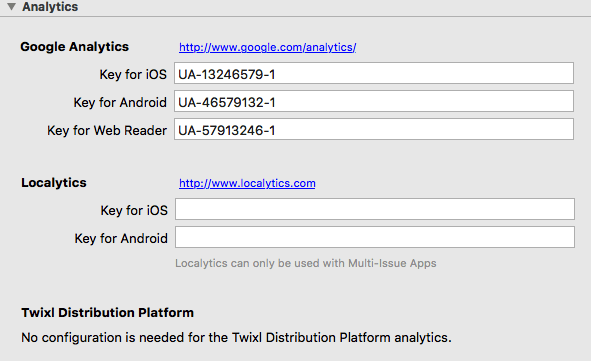 We already supported the use of PDF-based publications in a kiosk app on iOS devices, and now we are bringing native PDF support to Android as well.

Seems like a small feature, but it really helps when you have a large number of apps in your account on the Twixl Distribution Platform.

Next to the issue name and description, you can now also specify an issue tagline. By default, the publication date is listed below the issue name in the kiosk, but if you specify a tagline, that will be shown instead.

Streamline interactive options in the plug-in

You can now add delay and auto play capabilities for those interactive elements where it is relevant such as image sequences and movies.

As a designer, you will now have more options for nesting interactive elements in a slide show or a scrollable content area. You can now also use:

You can make an embedded video streamable with a single checkbox. Note that this is only available for kiosk apps as you need a Twixl Distribution Platform (TDP) account. That way, readers will only download the smaller publication without the videos, and stream the video when they want to watch it. 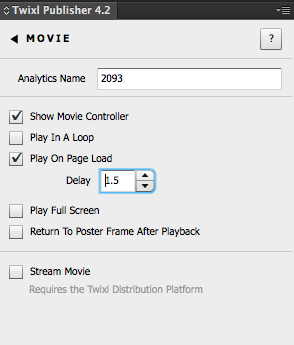 We also improved the YouTube and Vimeo widgets. They will now use the native iOS video component. Meaning they will just look like standard embedded or streamed videos.

Back navigation in publication

We added a back navigation option into a publication.
You can use a new URL scheme in your publications: “tp-history://back”
This can be very useful in presentations where you have different scenarios and where you would like to sometimes get back to a starting point.

Once we added native PDF support on the Android platform, we were able to make the switch and start using PDF instead of JPG and PNG files when exporting from InDesign. This makes publications file sizes on average up to 4 times smaller and obviates the need for multiple renditions per device type.
Because of this, Twixl Publisher 4.2 now also supports the iPad Pro and Android hi-res devices as well. At the same time, moving to PDF has improved the image quality, especially for text-based content.

Note, however, that you can still export as JPG to maintain compatibility with apps that have not yet been updated to Twixl Publisher 4.2.

This new release makes Twixl Publisher, in combination with the Twixl Distribution Platform, an even more mature solution to create mobile content from InDesign. We trust you’ll appreciate our efforts to keep on adding new features and enlarging the scope.

In the next couple of months, all of our focus will be on the development of our next milestone: Twixl Publisher 5. Our efforts are targetted towards letting publishers move from a publication-based to an article-based approach, using responsive HTML-based content. As the cost of content creation is becoming more and more of an issue, and automation is paramount, we want to offer you tools that make the whole publishing process straightforward and don’t require high-level technical skills.

Twixl Publisher 5 will also focus on increasing the attractiveness and the look and feel of your kiosks, letting you tap the potential of this mobile medium to the fullest.

All of these developments will be based on our philosophy of ease of use, simplicity and intuition. So you can expect to see some pleasant surprises coming your way in the next year.