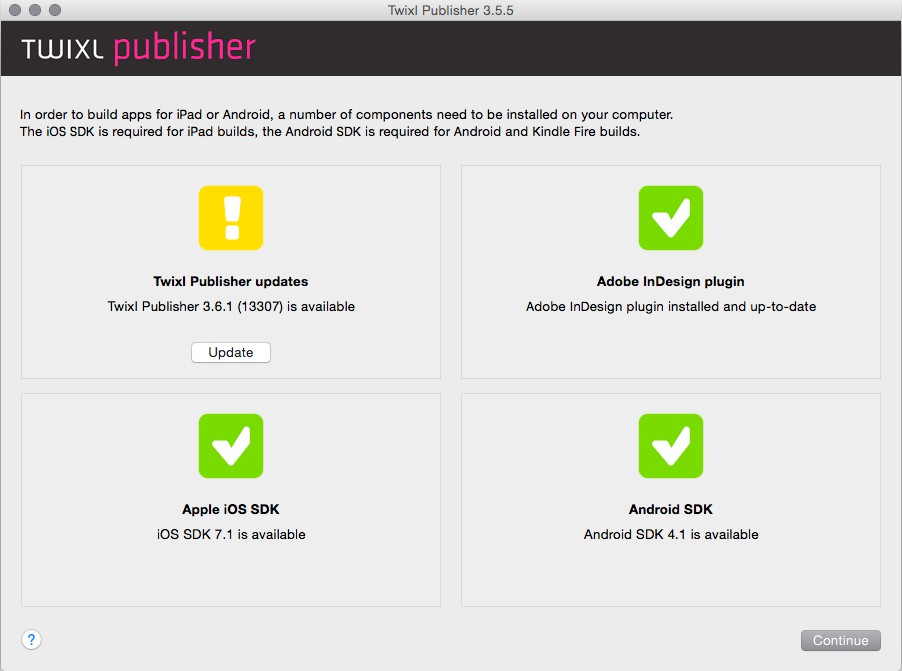 The most important change in this release is full support for the upcoming Xcode 6 release and iOS SDK 8 in the OS X builder app. If you want to submit app updates or new apps to Apple, this release will be required from now on. We can also confirm preliminary support for the latest Preview release of OS X 10.10, although further tests will still be performed when Yosemite has gone Golden Master.

Although we always recommend updating your app when we release a new version, we can confirm that all Twixl Reader apps generated with Twixl Publisher 3.4 and newer are already compatible with iOS 8.